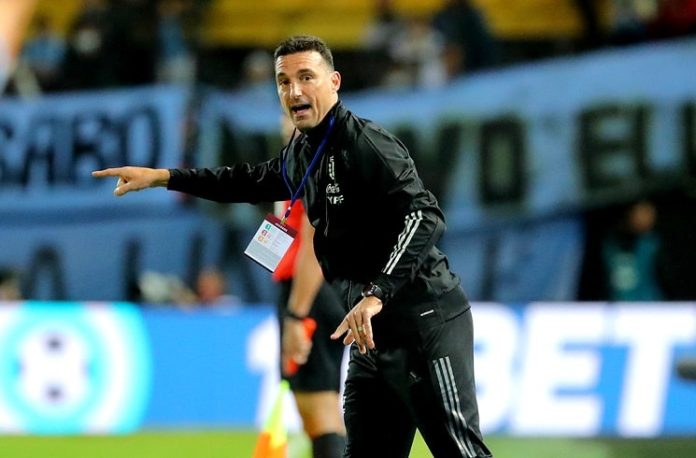 Lionel Scaloni is now undefeated in his last 27 matches as his team won 1-0 against Uruguay in the World Cup qualifiers. It was Angel Di Maria who scored to give Argentina the win as the team had Lionel Messi on the bench. Scaloni was asked about Messi started the match as a substitute. Here’s what he had to say:

“We decided that he wouldn’t play because he is coming off some inactivity (Messi missed PSG’s last two matches). He entered in the second half to get some playing time and to think about the match against Brazil.”

Scaloni also spoke about the win and the World Cup qualifiers:

“There was the chance to almost qualify. There are times where you have to win. Today, we got it. Surely we didn’t play well but it counts.

“It was an option to put Lisandro (Martinez) and to have a back lien of five but we opted for Exequiel (Palacios) and to maintain the system. The key was in the goal, they also came close but couldn’t score.

“We came out of the back well, that wasn’t the problem. The midfield of the pitch wasn’t as fluid. That is where we got stuck because they pressured well.

They needed the points and to go out and get the match, for that reason they ran, they “pressured and they didn’t let us play. We had to look for spaces, to filter the passes to be able to generate the play.

“There are times where you can’t play well. You have to adapt. We adapted to the game. That’s an important signal, its good as a team.”

“You already know what I think of the players, of this team, of this group. I am proud of what we are doing. When I say that one player enters and another one leaves and that the team doesn’t suffer, this is why.

“There are times where you can’t play well but the will of these kids is superior to anything else. I am proud to coach them.”