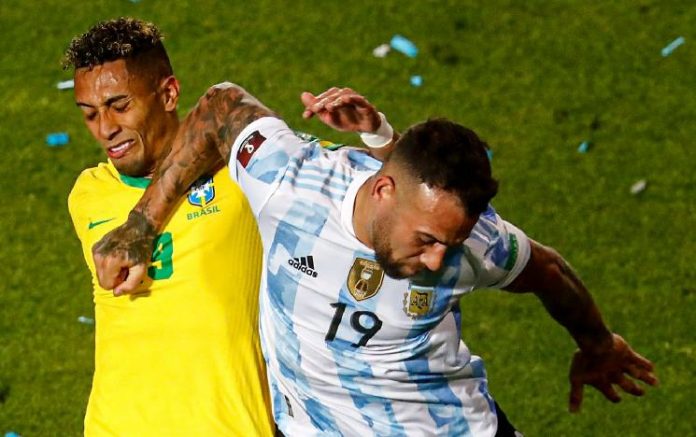 Argentina against Brazil in the World Cup qualifiers had one moment of controversy involving Nicolas Otamendi as CONMEBOL released their VAR audios.

Nicolas Otamendi could have been red carded for an elbow in the first half of Argentina’s World Cup qualifying match against Brazil. He elbowed Raphina in the face, resulting in the Brazilian bleeding.

The officials watching the replay in slow motion and ask to see it in normal speed. The official from VAR states that they think it’s a yellow card but that it is outside of the penalty area.

Otamendi was not given a yellow or a red card as the referee decided not to give anything.