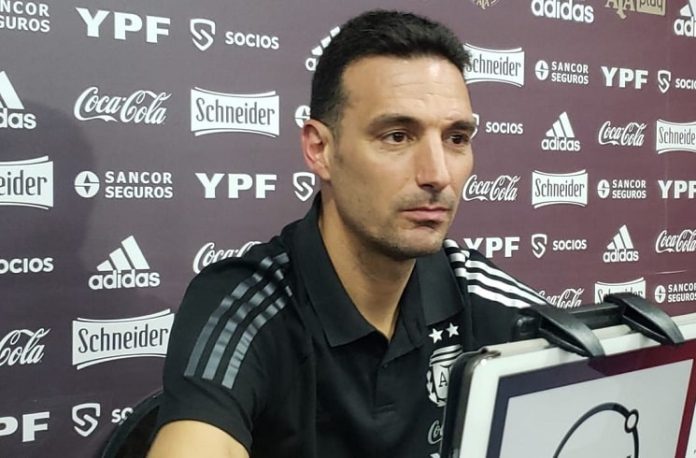 Argentina national team coach Lionel Scaloni spoke to the media after the team’s 0-0 draw vs. Brazil where he spoke about the team, the match against Brazil and the young kids.

Lionel Scaloni has now qualified Argentina for the World Cup and is undefeated in his last 27 matches. He spoke to the media about the team after the match. Here’s what he had to say:

“It’s something magnificent and something you dream about. How proud we are and thankful to the players. The difficult times will come but you have to be prepared. The World Cup qualifiers are difficult and the balance is positive. In these two matches, we took four points against two very difficult opponents. It has matured us.”

Scaloni also spoke about the match against Brazil and the draw:

“It was tough, hard and difficult. They came here to play their game, to try not to allow us to play and at times, they succeeded. The fundamental of it is that the team adapted to the circumstances. In the second half, we were a little better.”

In regards to the young players on the team:

“The result is very important but also that the kids go out. It’s the new blood that pushes us from behind.”

Regarding the possibility of playing against European teams:

“Today, there is no possibility to play against the Europeans. I don’t believe they would be superior than the teams here. Maybe they are different.”