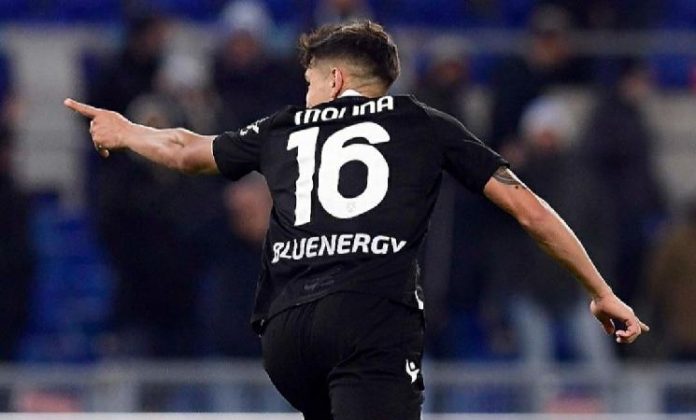 Nahuel Molina scored and got red carded for Udinese in their 4-4 draw against Lazio.

Molina had a great first half but a disaster of a second half for Udinese. It was 2-1 Udinese when the ball was played into the penalty area and found Molina who scored.