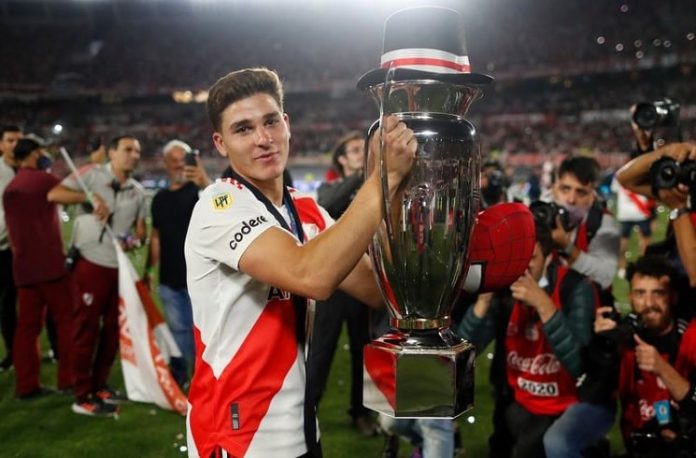 Manchester United have sent a scout for Julián Álvarez but no talks are ongoing as things stand.

Julian Alvarez is a wanted man. According to several reports out of the media, the Argentine is wanted by many top clubs in Europe. Juventus have been linked with him, as have Real Madrid, Bayern Munich, Liverpool, FC Barcelona and now Manchester United.

Per a tweet by Fabrizio Romano, Manchester United sent out a scout to watch Alvarez. However, according to Romano, as things stand, there are no talks between. The reported price tag is that of £17 million.

The 21 year old striker finished the league season with 18 goals and seven assists in 21 matches for River Plate.

There are no talks for Julian Álvarez to Manchester United as things stand. Monitoring talents is normal for top clubs – but there are no conversations open to sign him in January as of now. 🔴 #MUFC

Man Utd ‘main’ focus for new signings is on summer and not on January. https://t.co/ou1WBiNc7R