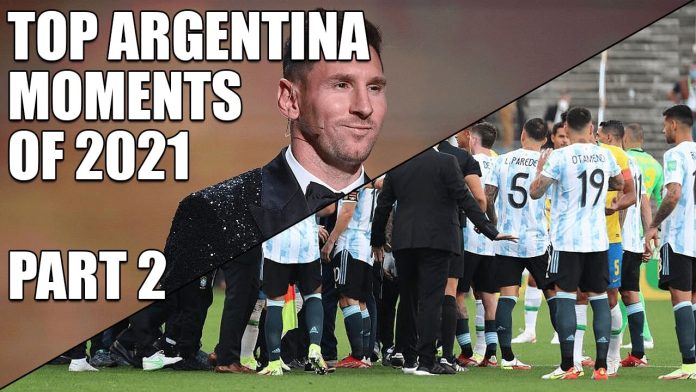 This article will focus on Moments 9-4 with the video below! 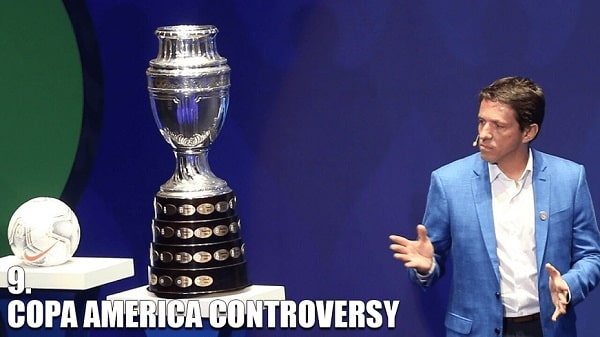 With the Copa America beginning at the start of June, by the end of May, no one was even sure if the tournament was going to be played. Initially, it was supposed to be held both in Argentina and Colombia. But unrest within Colombia and COVID meant that they would drop out of being the hosts.

This left Argentina as the remaining host but even that did not happen. The rise of COVID in the country ultimately led to the decision of having to host the tournament elsewhere.

Chile, Paraguay and even the United States were looked at as possible destinations. However, Brazil would become the hosts as the tournament would be held in the country for the second consecutive edition. 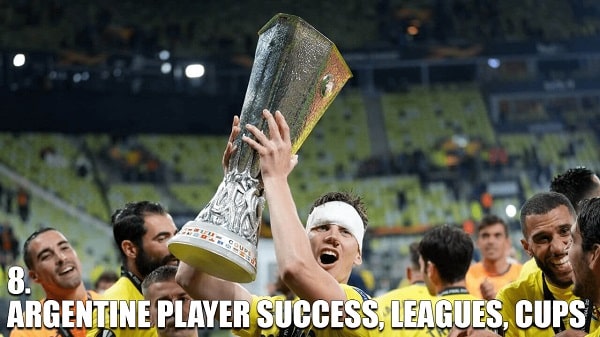 Argentine players make up not only many of the top leagues but also many of the top teams. Beginning in Spain, Diego Simeone coached Angel Correa and Atletico Madrid to a La Liga triumph. Lionel Messi would not win La Liga but would win the Copa del Rey with FC Barcelona.

In England, Sergio Agüero won his last ever club trophy with Manchester City as they lifted the Premier League to go with his EFL Cup. Lautaro Martinez would win Serie A with Inter with Paulo Dybala winning Coppa Italia with Juventus.

Angel Di Maria, Leandro Paredes and Mauro Icardi would not win Ligue 1 but would lift the Coupe de France with Paris Saint-Germain and Mauricio Pochettino.

In the Netherlands, Nicolas Tagliafico and Lisandro Martinez would win the league in Ajax.

Geronimo Rulli and Juan Foyth would win the Europa League with Rulli being the hero in the penalty shootout for Villarreal. While Agüero would not win the Champions League with Manchester City, it would be Willy Caballero with Chelsea who would lift the trophy. 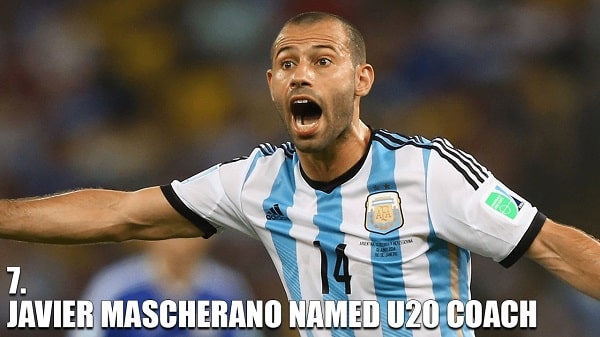 If someone were to ask you if you could one day see Javier Mascherano coaching somewhere, you were likely to answer yes, you could see him as a coach. On December 9, it was announced that the former Argentine international would take charge of the Argentina U20 team as of the start of January.

He will replace Fernando Batista. Mascherano took part in four FIFA World Cup tournaments for Argentina, won a treble with FC Barcelona and well, anyone who has watched football the past 15 years will know exactly what he brings to the table. 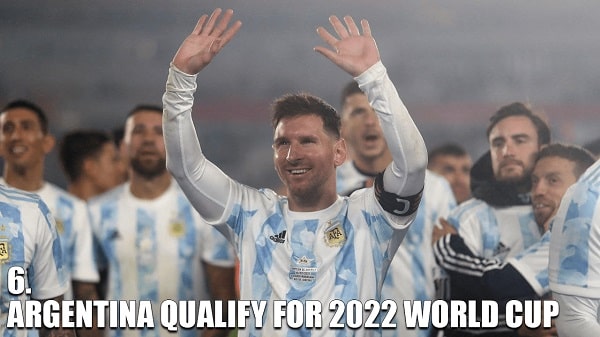 While it was never much in doubt this time around, it’s a great feeling when it happens. Argentina qualified for the 2022 World Cup! On November 16, following Argentina’s 0-0 draw against Brazil in the World Cup qualifiers, other results in South America meant that Lionel Scaloni’s team would book their ticket to Qatar.

With four matches remaining in qualification, Ecuador getting a 2-0 win against Chile meant that mathematically, the Copa America champions would be at the World Cup next year!

But it was not without some controversy as the team could have likely secured their spot before. A controversial match in September against Brazil meant that their World Cup qualifying match would be called off after only minutes.

Brazilian officials would storm the pitch as according to them, Emiliano Martinez, Cristian Romero and Gio Lo Celso were not allowed to play. Protocols due to COVID when entering the country would have meant that the three players from England would not have been allowed to participate.

However, the other side of the story is that there was an agreement in place between CONMEBOL, the teams and the countries to allow exceptions. The result of the match has not yet been determined. 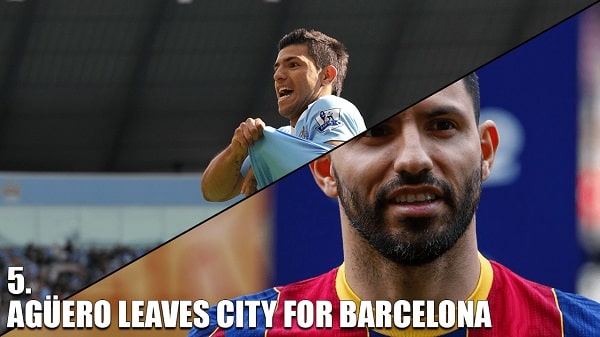 Now in the top 5, we are going to talk about a top 5 Manchester City legend. Sergio Agüero would leave Manchester City after a decade at the club along with dozens of memories.

However, no accolade will likely be as big as the one goal which he scored against QPR back in 2012. The goal which won City their first league trophy in decades and one which would automatically cement the Argentine’s spot in the annals of time after just one season.

He would leave City to beautiful Barcelona where it looked like he would be playing alongside great friend Lionel Messi. But as he put pen to paper to his contract bringing him back to Spain, no one knew what would await the City legend. 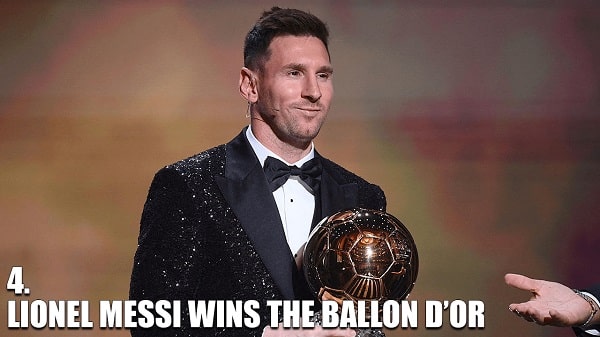 Coming in at number 4 is number 7 for Lionel Messi. Ballon d’Or number 7 for the Argentine as he would win it in on November 29, 2021 for a record 7th time. He would beat one of the favorites Roberto Lewandowski and even Jorginho for the award. Winning the Copa America with Argentina as well as being named the Best Player of the tournament and finishing as the tournament’s top scorer and most assists, as mentioned, he would also win the Copa del Rey with FC Barcelona. Oh and he would win the Pichichi, La Liga’s top scorer for the season.

Messi would be quoted as saying:

“Today I’m here in Paris. I am very happy, really, very happy, I really want to continue to fight and reach new objectives. I don’t know how many more years but I am really enjoying myself. I thank my team-mates at Barça, Paris & Argentina.

“I especially want to thank the squad and the coaching staff of the Argentina national team. I was able to achieve the dream I wanted so much. In the end, it happened and this award is in large part of what we did at the Copa America. This is part of them.”

This concludes the list from 9-4, with one more article looking at the top 3 coming shortly!