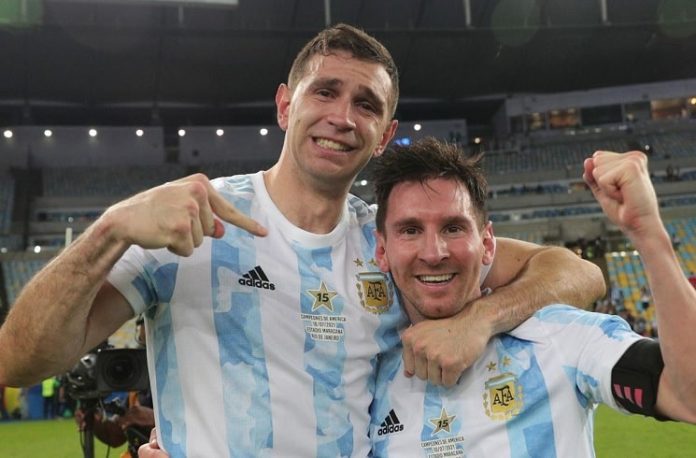 Lionel Messi along with Emiliano Martinez, Cristian Romero, Rodrigo De Paul and Lautaro Martinez have been named in the IFFHS CONMEBOL Team of the Year.

The five Copa America champions with Argentina made the starting XI with Filipe Luis, Marquinhos, Mauricio Isla, Luis Diaz, Neymar and Gabiriel Barbosa making up the rest of the team. In addition, Julian Alvarez, who was also part of the Argentina team that won the Copa America makes the substitutes bench as does Ignacio Fernandez.

Argentina national team coach Lionel Scaloni was named as the coach of the year.