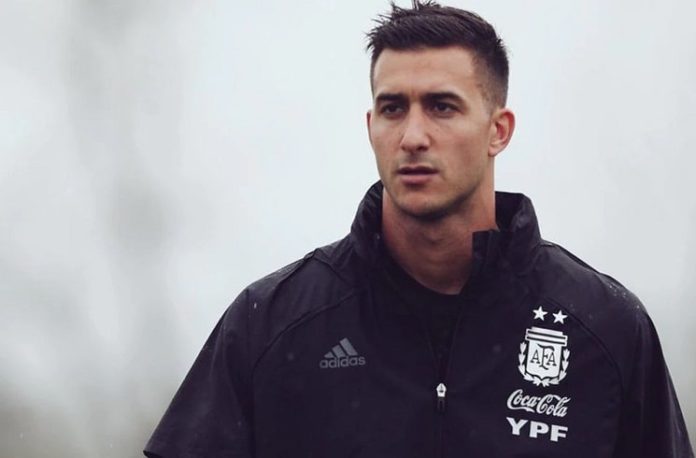 Musso has become the back-up goalkeeper for the Argentina national team and was part of the Argentina team that won the Copa America. Still only 27 years old, he is now at Atalanta and has represented Argentina. Speaking in an interview with TyC Sports, he was asked about Lionel Messi. Here is what he had to say:

“We are aware that this could be his last World Cup or maybe not. Nothing surprises me about him anymore because physically, he is impressive.

“We know that we play with the best in the world, we want him to have what he deserves. We wanted him to win the Copa America for him to be able to get rid of the load off his back and enjoy winning something.

“He is a motor and an example for everyone.”

The Argentine also spoke about his efforts:

“It’s good to work for that. I work hard to be able to be at the World Cup. I make an effort and I try to improve myself. It’s what I have always dreamed of.

“I value every call up to the Argentina national team as a new opportunity. A reward for what I have been doing. It wasn’t easy. I don’t feel like I have to show anything to Scaloni because I know that he watches all of my matches. In that sense, I feel evaluated and followed.”

When asked about Emiliano Martinez, Musso had this to say:

“I am very happy that Dibu is doing well and that he had the Copa America that he had because I am part of the team. I will always push forward but I also know that my moment in the national team hasn’t arrived yet. I would be more concerned if it had happened.

“I am calm, I’m two years younger than him and I know that the moment has yet to come. I focus on always being ready because moments arrive when you least expect them.

“Three months before he started to play, no one knew Dibu. No one was saying that he had to play. After that, he had a good season and they would say his name more but he knew who he was and what he is capable of. It doesn’t surprise me because I know him.”

“He loves football and the day to day. He lives it with a lot of passion, he transmits a lot of enthusiasm. His growth as a football player was impressive. He doesn’t surprise me but he changed a lot his way of playing. He was a playmaker and today is a midfielder who stands out for his running and recoveries, more than scoring goals.

“He understood that spot he could occupy in the national team and what he could give as a player. He is very clear with the ball at his feet, he is skillful, he recovers and he runs. He is one of the most complete midfielders in world football. It makes me very happy for him because he won it only on the pitch.”