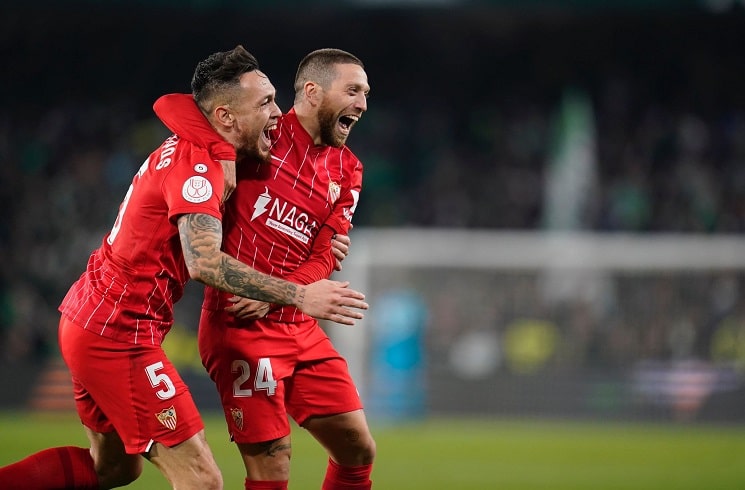 Papu Gomez scored the first goal of the match before it was stopped. It was a pass towards the Argentine who was standing on the edge of the penalty area and his right footed effort beat the goalkeeper to give Sevilla the 1-0 lead.

The match was eventually stopped after a metal object was thrown and hit the head o f Joan Jordan which was when the referee stopped the match.