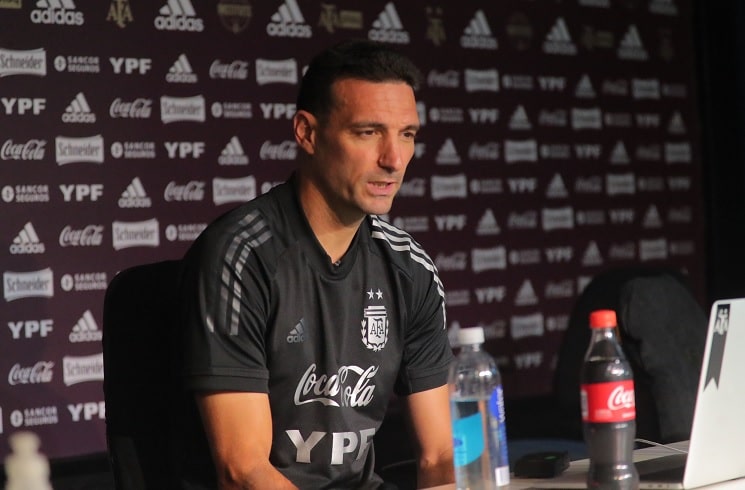 Lionel Scaloni held a press conference on Monday where commented on a few of the players. Speaking to the media, here is what he had to say about Paulo Dybala”

“If we play with two forwards, Paulo can be the supportive striker and if we play with one, he can play alone. With the Argentina national team, you have to come here and perform. Everyone’s form is not always the same, it changes.”

“Angel has something different from the others. He’s very unbalancing.”

In addition, he commented on Julian Alvarez joining Manchester City:

“When he changes clubs, we will see his form. That is what we value. We are happy with him, he’s missing a bit of rhythm and that’s obvious because of vacation. It’s valuable knowing that Julian can contribute in different positions. It’s very positive for Argentine football that a player is able to make a jump of this caliber.”

The coach spoke about Guido Rodriguez who missed Argentina’s 2-1 win vs. Chile due to COVID:

“I use Guido as an example in front of his team mates. He was always in contact with us. He always showed us his desire to play and he also contributed from the outside. We’re not married to anyone, he who performs has the chance of being called up.”

“In the Argentina national team, there will always be players left out. If one looks for balance in the team, that is going to happen. The behavior of the players has always been excellent. In the offensive part, we are very much covered. There are many good ones who aren’t even covered.”

In regards to playing friendly matches before the World Cup:

“I prefer not to play against South American countries. The idea is to play against the Europeans or teams from other continents. That’s what we in the coaching staff want.””

He also spoke about the match against Brazil which was stopped:

“I have no news. It’s strange that it’s not know when it will come out. They will be taking their time to decide because it’s a complex issue.”