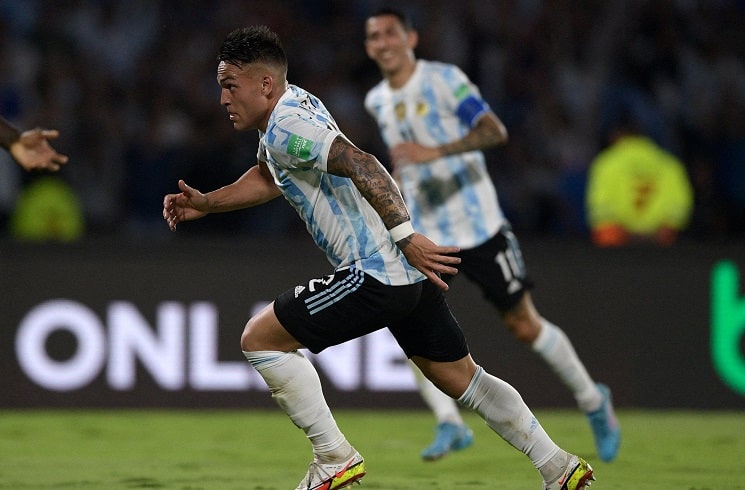 Argentina made it 29 matches undefeated in a row as Lautaro Martinez scored in the 1-0 win vs. Colombia in the World Cup qualifiers!

Lautaro Martinez scored the only goal of the match as Argentina, who are already qualified, add another win to make it two out of two this week! Angel Di Maria started the match with two nutmegs and came close to scoring. Di Maria received the ball on the outside of the penalty area as he took a shot from but his effort went wide. It would have been an identical goal to the one he scored against Chile last week.

Argentina kept applying the pressure until Lautaro Martinez scored. A cross by Marcos Acuna found Lautaro as the Argentine controlled the ball and took a shot with his left foot and scored to give Argentina the 1-0 lead. Gio Lo Celso and Alejandro Papu Gomez managed the match in midfield with Guido Rodriguez sitting back and putting out fires.

Lisandro Martinez was creating chances from the back and was putting in tackles as Marcos Acuna and Gonzalo Montiel would help in the attacks.

The second half saw Argentina with much of the ball. Argentina coach Lionel Scaloni substituted Maxi Meza for Lucas Ocampos. Angel Di Maria was substituted out for Nicolas Gonzalez as German Pezzella became captain.

Marcos Acuna and Gonzalo Montiel were both yellow carded and they will miss Argentina’s match against Venezuela next month.