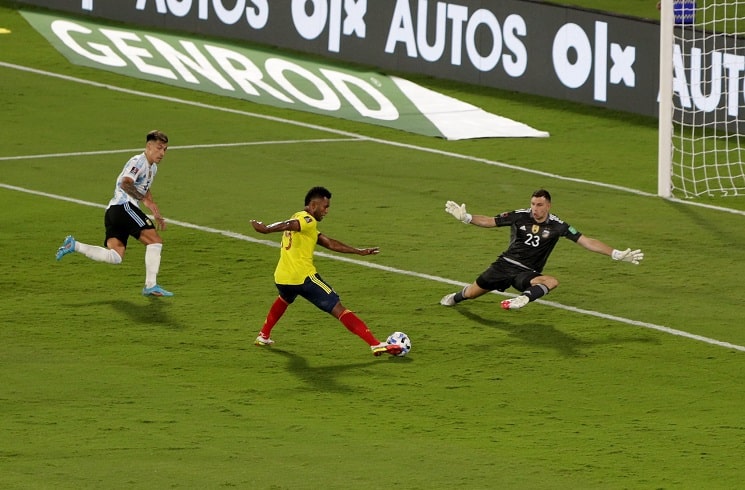 vs. Colombia on Tuesday.

Martinez made a great save to keep the clean sheet for Argentina as he spoke to the media after the match. Here is what he had to say:

“We are all pushing towards the same direction. Every player that enters gives their all for this shirt and that is what every Argentine wants to see. A lot was talked about regarding the missing players, that the team wasn’t complete but today we showed that we are not 11, we are a very strong group.

“The fans encouraged us all the time. It’s time first time playing in Córdoba and the truth is that it was beautiful.

“This is a group, a team, we are friends. That is very difficult to achieve. I am proud to wear this shirt. Having the affection of all the Argentine’s was what was missing in my career. I will give my all each match to bring joy to all the people.”