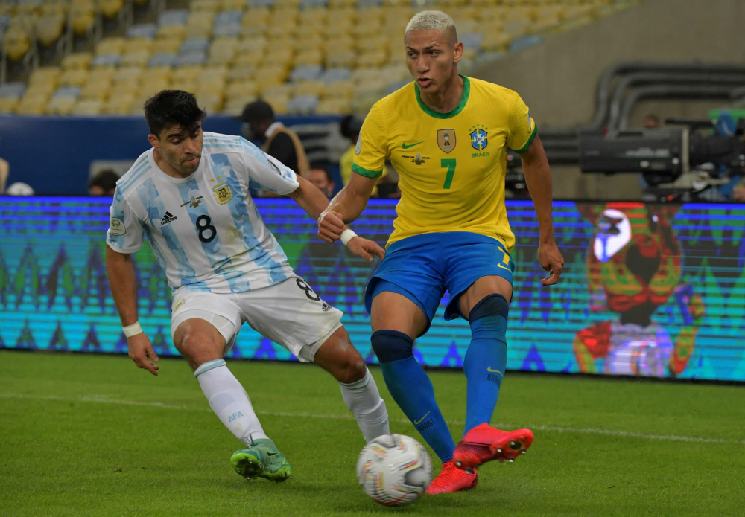 Richarlison of Brazil and Everton spoke about the Argentina national team and Lionel Messi.

The Brazilian was part of the team which lost the Copa America against Argentina at home. After the loss, he, along with a few Argentine players would post jokes and comments on social media as he would go on to win gold with Brazil at the Olympics. He spoke to ESPN about Lionel Messi and Argentina winning the Copa America. Here is what he had to say:

“Leo is the best in the world. He is from another planet and I would like to play next to
him. He deserved it and it was clear when they all hugged him as soon as the match ended.

“I cried a lot, it hurt and I didn’t want to leave my room.”

In regards to the jokes between he and the Argentina players:

“The jokes stay on the pitch. It’s part of football folklore. They defend their Argentina shirt and we defend the Brazilian shirt. I’m friends with Roberto Pereyra.”

He was also asked about Argentina at the World Cup:

“We have never been eliminated in the first round and we have five wins. They gained confidence and are much stronger after the Copa America. Also, they are undefeated in many matches. I think they will get to the World Cup very good.”

“I have always liked Aguero. I saw him as a kid and I got to play against him. He scored an incredible goal to win the Premier League.”