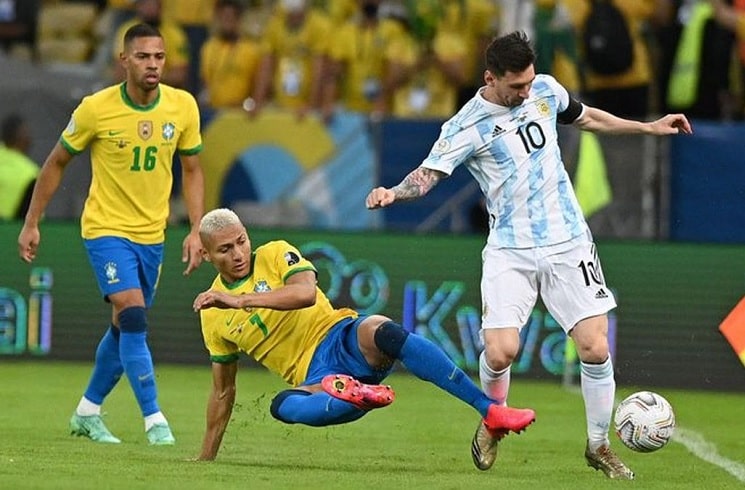 Richarlison spoke about a hypothetical World Cup final against Germany or Argentina.

The Brazilian has once more spoken about the Argentina national team. After being interviewed by ESPN earlier in the month and commenting on Argentina, Lionel Messi and the Copa America, the Everton striker gave his views on a hypothetical World Cup final. Speaking with TNT Sports, here is what he had to say:

“I would prefer Germany in the World Cup final over Argentina. The Argentine is a half cheat and we know how they are when they are winning, no? I prefer Germany, who knows if we will beat them.”