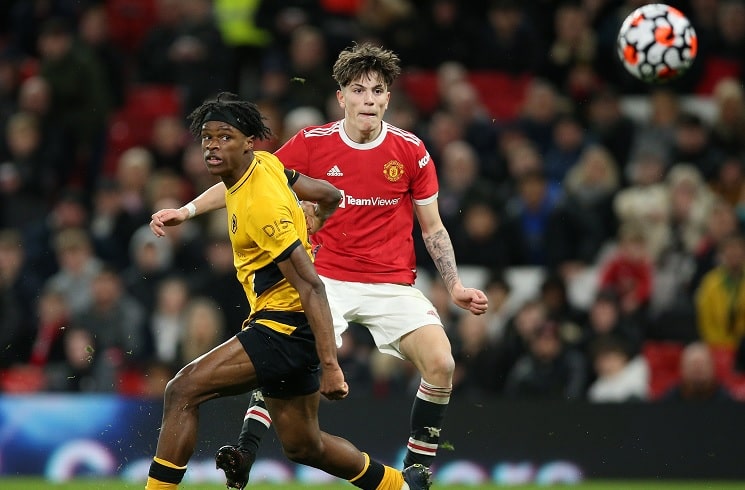 Alejandro Garnacho scored for Manchester United in their 3-0 win against Wolves in the Youth FA Cup.

Garnacho has been included in the preliminary list of players for the Argentina national team. Joining United from Atletico Madrid in 2020, the Argentine made it 2-0 with a great run inside the penalty area. He would cut inside and curl the ball into the back of the goal to double Manchester United’s lead.

The 17 year old was born in Spain to Argentine parents and has represented the Spanish youth team. However, he has expressed his delight to being called up to the preliminary Argentina team with a picture of himself as a child wearing the Argentina national team shirt.

After the match, Garnacho would post a picture of himself on social media along with two Charlie McNeill and Marc Jurado with three flags in the picture. The first was the English flag, the second was the Spanish flag and the third, for himself, the Argentina flag.