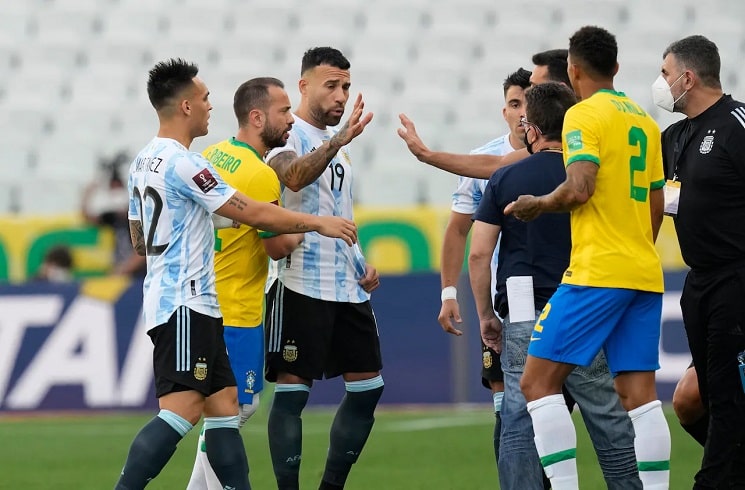 Lionel Scaloni commented on FIFA’s decision of suspending four of his players. For the two World Cup qualifiers against Brazil, Cristian Romero, Emiliano Martinez, Gio Lo Celso and Emiliano Buendia will not be available. Those four players have been suspended for two matches. Scaloni spoke about FIFA’s decision. Here is what he had to say:

“The strangest thing of this are the sanctions against the players. It has been various matches where I have not been able to count on Romero. If it continues like this, he will get to the World Cup with a pair of matches, nothing more. We have seen him very little.

“Lo Celso is the same thing. It appears to me totally unjust, I hope the situation can be reversed. We have to work on that. The AFA appealed asking for the reason of the ruling, we will see the answer. We have included them on the list, we hope to have them.”

Scaloni also spoke about the match against Brazil being rescheduled for June:

“It’s going to be very weird playing these matches after the qualifiers would be practically over. I think it’s a match that doesn’t suit Argentina or Brazil but if it has to be played, it will be played.”

In regards to playing friendly matches against European countries:

“There are a lot of national teams that are still playing the qualifiers. In March, it will be decided and from there things will be more clear.

“It’s evident that it interests us to play against national teams that are not from South America. We are working on that but also, the other national teams are waiting for the qualifiers to be able to organize their friendly matches which are not a lot. And this year, the time to prepare for the World Cup is ridiculous. You have to use the matches as a test.”

Regarding holding a training camp in Europe during the summer:

“You never know if it’s good or bad. The players are coming from a year full of matches, holidays are sacred and it has to be like that. Yes, it is true that the date in June could be used if we can’t organize matches against other nationakl teams. We could get together after the match against Italy and train but we won’t cut their vacations.”

Here are the following players which have been called for the two World Cup qualifying matches against Venezuela and Ecuador this month:

He also spoke about the young players which have been called up to the national team. Argentina play Venezuela on 25 March in Argentina and against Ecuador on 29 March.