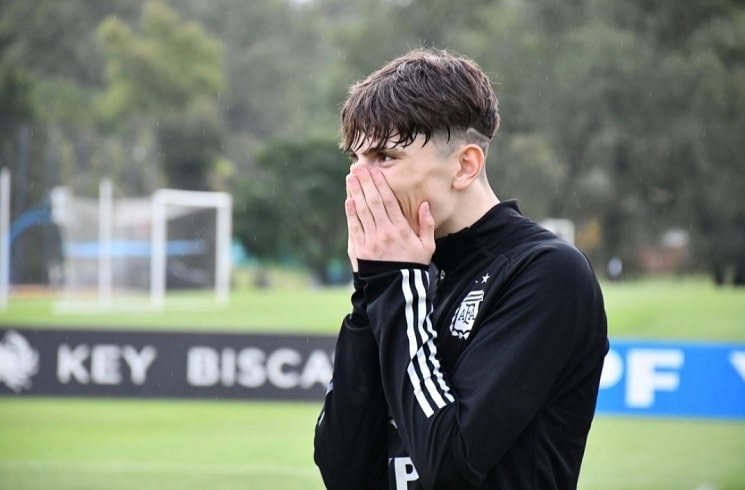 Alejandro Garnacho of Manchester United could get some minutes in the World Cup qualifiers with the Argentina national team.

Garnacho is one of the youngsters that has been called up which could end up playing in one of the World Cup qualifiers. According to ESPN, Garnacho could play against Venezuela on Friday or on March 29 against Ecuador.

Still only 17 years old, Garnacho has played for the Manchester United youth teams and has represented Spain at youth level. His mother is Argentine and he is born in Madrid but is training with the Argentina team for the qualifiers.

Here are the youth players that have been called up by Argentina national team coach Lionel Scaloni for the two matches: