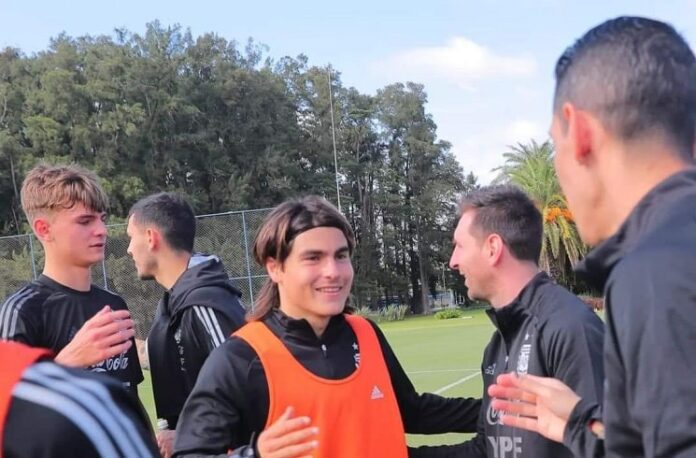 Argentina national team coach Lionel Scaloni has spoken about the youth players that have been called to the national team.

Lionel Scaloni has seven youth players in the team. Rumors have surfaced that Scaloni had called them up because many of them are eligible to play for different national teams, not just for Argentina. Scaloni spoke at a press conference on Thursday where he commented about Lionel Messi and stated that Franco Armani will start against Venezuela in Friday’s World Cup qualifying match. However, he also spoke about the youth. Here is what he had to say:

“About the youth players, I want to clarify one thing and I believe it’s important to say. These kids, no matter how much they play with the Argentine national team shirt tomorrow, they are not blocked to play with Argentina.

“Here, there’s no kind of blocking. We want these kids to come, to train with the Argentina U20 team, with the senior team, to see what the atmosphere with the Argentina national team is, the training ground at Ezeiza and in the next call-up, they have the opportunity to decide. But we are not blocking them, we are not taking any player, that’s not anyone’s idea.

“These are kids that are good, who can make the leap in quality and we can call them up, nothing else. The decision is theirs, they can still represent other countries. Seeing the conditions they have, we cannot look the other way and we have to take advantage of the fact that they can play for our national team. We are very happy with how they have been.”

The seven youth players that have been called up to the team are: