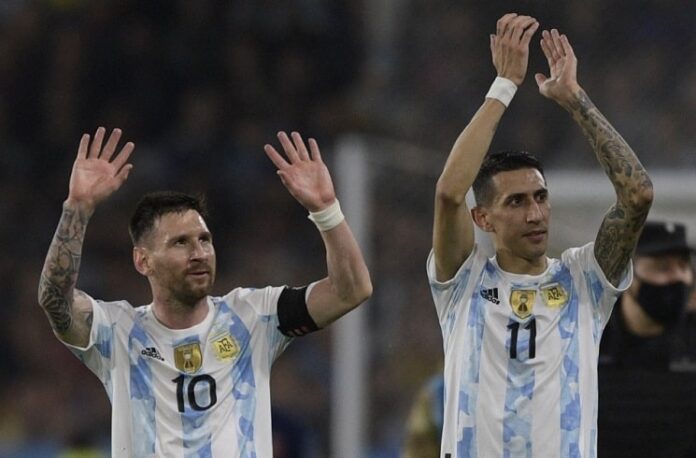 Argentina national team coach Lionel Scaloni spoke on Sunday at a press conference where he commented on Lionel Messi and Ángel Di María possibly retiring from the national team.

Lionel Scaloni commented on the possible eleven and the players for the match against Ecuador in Tuesday’s World Cup qualifier. He also spoke about Lionel Messi and Ángel Di María’s posts on Instagram where about possibly retiring. In regards to Lionel Messi, here is what he had to say:

“After playing in a World Cup, everyone makes assessments. I’m not in the heads of the players to know what they’re thinking. In any case, you have to enjoy it. You don’t have to think about the future, enjoy their spectacular present.

It’s the rule of life and at some point it will happen. It’s useless to think about what will happen after the World Cup.

“I didn’t see the post but I understood it as being about this team, I would imagine. I spoke with him some time ago. That it’s the decision of the coach (for him to stop playing) and not them that leave us. There is an age for everyone, many trips have passed and matches, which I would imagine is difficult.

I hope he said that about this year. I don’t know what is going on in his head. If it was the last, it could not have been any better. It came out like he would have dreamed it. He put the effort to be there and it’s very difficult that someone else would have played it or been available. He didn’t just play, he had a goal, an assist and he got the ovation from the entire stadium.”