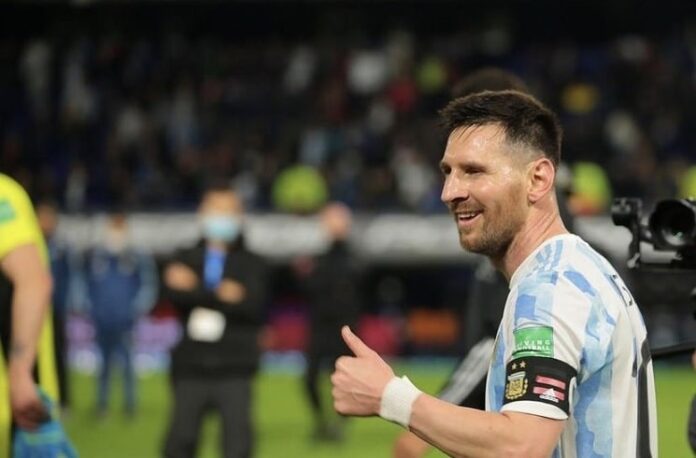 Lionel Messi is once more expected to start for the Argentina national team along with Julián Álvarez and Ángel Di María.

Messi scored against Venezuela in the 3-0 win on Friday and will look to score once more in Argentina’s last match in March of the World Cup qualifiers. According to TyC Sports, Messi is rumored to start with Álvarez and Di María up front.

Julián Álvarez would replace Joaquín Correa in the starting eleven. It was Correa who started the match against Venezuela and Di María would replace Nicolás González.

Juan Musso is also set to start in place of Franco Armani. Here is the rumored eleven:

Argentina play Ecuador on Tuesday in the World Cup qualifiers.