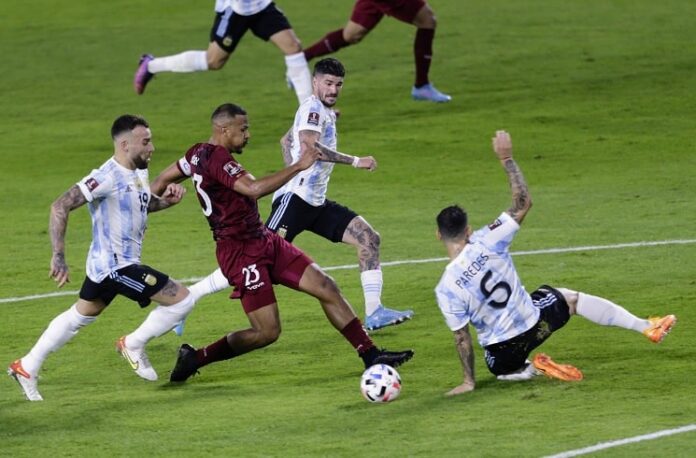 Argentina national team coach Lionel Scaloni will make several modifications to the team for Tuesday’s match against Ecuador in the World Cup qualifiers.

The team will fly to Ecuador on Monday for Tuesday’s World Cup qualifier as coach Lionel Scaloni will hold one last training session on Monday. As we reported on Sunday, Julián Álvarez is expected to start up front with Lionel Messi and Angel Di Maria.

Juan Musso is set to get the start in place of Franco Armano who started against Venezuela in Friday’s 3-0 win vs. Venezuela at La Bombonera. Per TyC Sports, Gonzalo Montiel is back from suspension and is also rumored to start in place of Nahuel Molina.