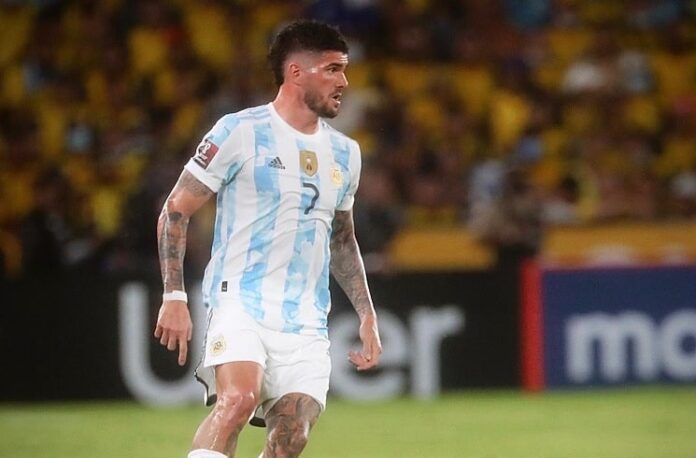 De Paul has been one of the integral parts of this Argentina national team. He started the 1-1 draw against Ecuador and played the entire match. Speaking to TyC after the draw, here is what he had to say:

“We have a very important match which is a final against Italy and we have to win to give the people some joy. It will be a double test because it’s a final and now they say that we need to play against European teams.

“Internally, we know that we are ready to compete. We’ll give another example that this national team is prepared for everything.”

In regards to Argentina being undefeated in 31 matches:

“No one imagined this. We drew the record that Argentina had and we continue to write beatiful football pages for our country. Hopefully we can continue like this.”

Regarding the support he gets:

“My team mates make me feel important and the coaching staff make me feel like they count on me a lot but I know that it’s an evaluation every day wearing the Argentina national team shirt and hopefully I can continue to wear it.”

About the penalty decision:

“I didn’t see the play, from what they told me, it wasn’t. We can be wrong. It’s difficult to be wrong with the help of VAR. I find the play on Alexis (Mac Allister) a bit strange. At the very least, they should have told him (the referee) to go see it (VAR) and to make a decision.”