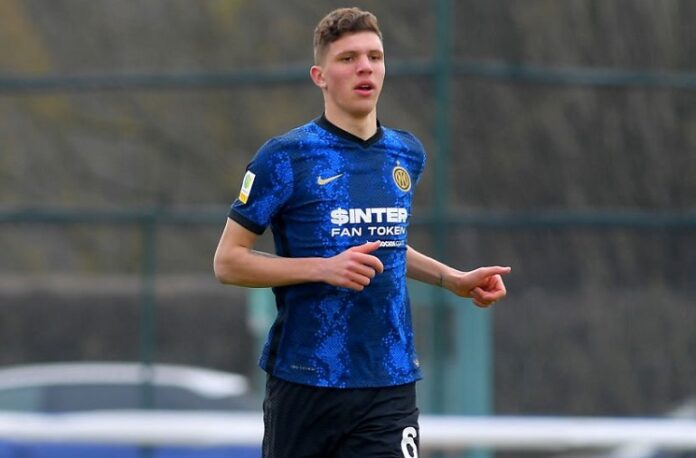 Franco Carboni of Inter spoke about being called up to the Argentina national team and if he would select Argentina or Italy.

Carboni and his brother were part of the recent call-ups to the Argentina national team for the March World Cup qualifiers. With the Inter youth squad, both players trained and played with the Argentina U20 team, they did get to meet the senior national team. Speaking in an interview with TyC Sports, here is what he had to say:

“My brother trained a lot with the Italian national team and I also went. When we found out that they were following us from Argentina, we spoke to the scout that was here. After that, Mascherano called us and we talked to him.

“The truth is that we didn’t doubt it, we really wanted to go. Once the list came out and we saw our names there, we felt immense happiness.

“From the first day we got there, it was all crazy, a dream. From training with my U20 team mates to spending time with the older players, eating and being close to Messi, everything was beautiful. Everyone treamed me very well, both my team mates and the coaching staff. I hope I can come back.

“In the week we trained, Mascheranot old us that in May, there is an U20 tournament in France, in addition to the Sudamericano coming up in January. Garnacho told us he liked it a lot and that he wanted to come back to Argentina.”

“If in the next call-up I am called by Italy and Argentina, I don’t doubt it, I will go for Argentina.

“I am very thankful to Italy for calling me up but that the Argentina national team calls you up is an enormous pride because it is my country. Being able to go to Ezeiza and seeing the camp was great pride and I am very happy about it.

“Being given instructions by former players like Mascherano, Samuel or Aimar is very nice. They are players who played in the Champions League and that they want to teach you beautiful things.”