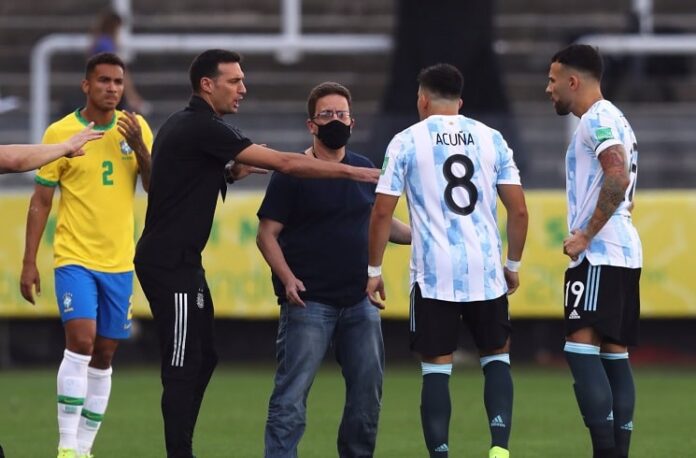 FIFA have released a statement in regards to Argentina’s World Cup qualifying match vs. Brazil and that it will be played.

A decision, for now, appears to be made. Argentina’s World Cup qualifying match vs. Brazil last September was stopped after only 5 minutes as officials stormed the pitch.

The match was stopped as four Argentina players had apparently broken Brazilian COVID protocols. No official decision had been announced up until now.

The statement, released by FIFA on Monday, revealed that the match will be played and upheld the fines imposed on both associations. The fines have been reduced. The AFA are set to appeal the decision.

It appears as though the game could be played in the Middle East.