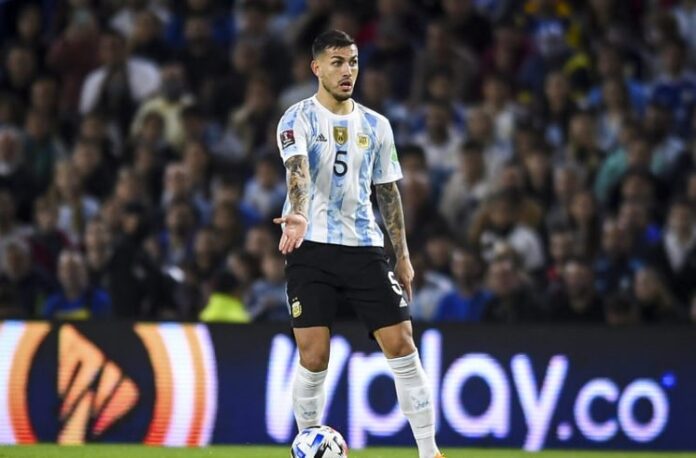 Leandro Paredes spoke about which players in the Argentina national team surprised him, the game vs. Italy and his recovery.

Paredes is presently out injured and will miss the rest of the season for PSG. However, he might be available for Argentina in the Finalissima game against Italy.

The match between the Copa America and Euro champions takes place on June 1 at Wembley in London, England. Paredes spoke to Julián Giacobbe on his YouTube channel. Here is what he had to say:

“My recovery? It’s going very well. Time is not in my favor but my idea is to get to the final against Italy. Today, I want to risk it only for that final.”

In regards to which players in the Argentina national team surprised him the most:

“Licha Martínez and Cuti Romero are the players that surprised me the most in the national team. They are physically strong, fast and good with the ball at their feet. They give us a guarantee.”

He also had this to say about the Spanish national team:

“I believe a national team like Spain, that has the ball and move it, can make it very difficult for us.”