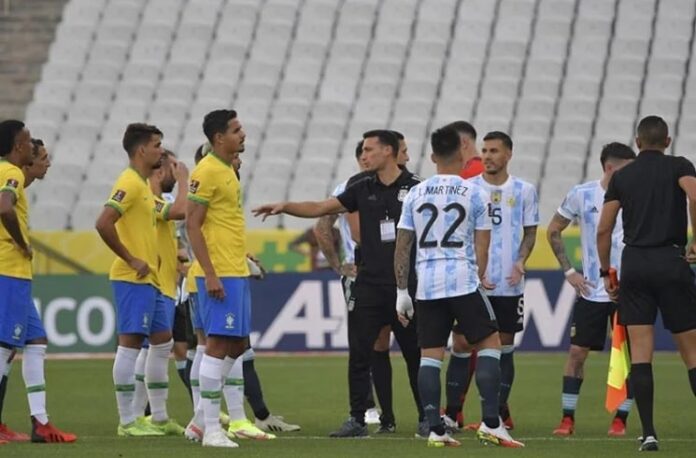 The Argentina vs. Brazil friendly match in Australia hsa been cancelled as an announcement has been made.

While the Brazilian FA had previously confirmed the match, the Argentina FA had not yet confirmed it. On Wednesday, it was Juninho Paulista, the sports coordinator of the Brazil national team which announced that the match on June 11 in Australia at the MCG has been cancelled.

It was also announced earlier this week by FIFA that both teams would have to replay their World Cup qualifying match in September. As we reported, the AFA will appeal to the court of arbitration for sports as they do not want to play the match.

Juninho Paulista, the sports coordinator of the Brazil national team has confirmed that Argentina vs. Brazil in Australia is cancelled. pic.twitter.com/H71Vx6MPdS