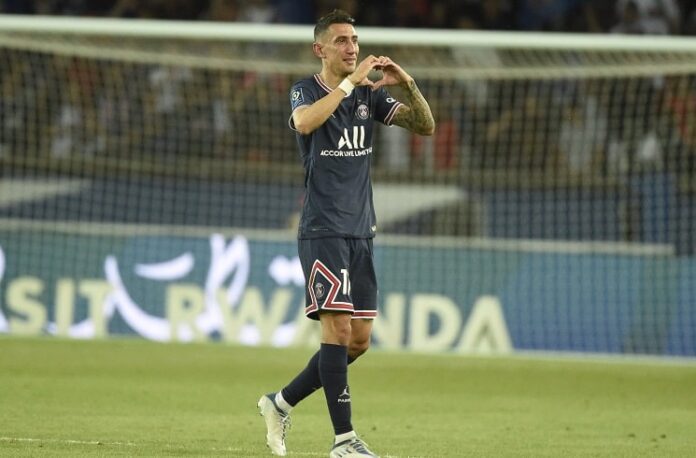 Di María played his final match for the club. After seven years at the club, he will not be continuing with the league champions.

In PSG’s last league match of the season, both Lionel Messi and Ángel Di María started. It was Di María who got the assist on the first goal for Kylian Mbappe as his pass went between two Metz players and Mbappe would dribble around the goalkeeper and score.

Messi would play a pass in to Di María and he would pass it to Neymar for the goal. It was Di María’s second assist.

It was Messi who hit the volley and his effort hit the post with Di María getting the rebound. Di María dribbled around the defender and scored his last goal for the club.

He was in tears following his goal as PSG coach Mauricio Pochettino would substitute Di María out of the match. The PSG players would give him a guard of honor while he left the pitch.

The Argentine leaves PSG with 92 goals and a record 112 assists in 295 matches.