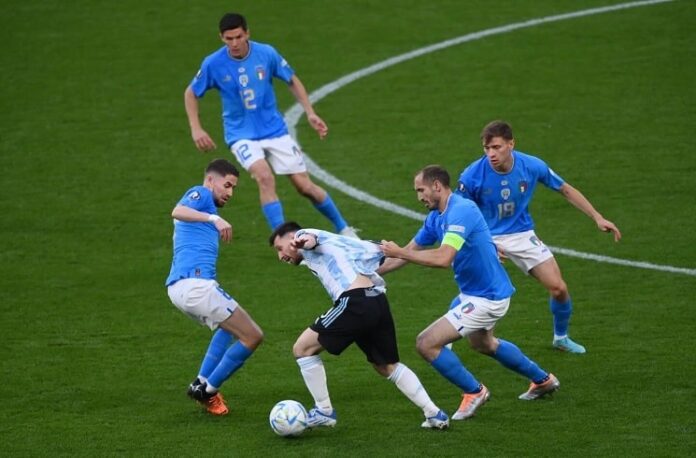 Lionel Messi is set to start for Argentina against Estonia.

Messi, Nahuel Molina and Rodrigo De Paul are expected to be the only three players who started the Finalissima against Italy that would start the match against Estonia on Sunday. Argentina national team coach Lionel Scaloni will make several changes to the team on Sunday as many of the substitutes are expected to play.

Three players have been discarded from the match against Estonia as Ángel Correa, Emiliano Dibu Martínez and Leandro Paredes are all out. Per Hernán Castillo, here is the eleven: