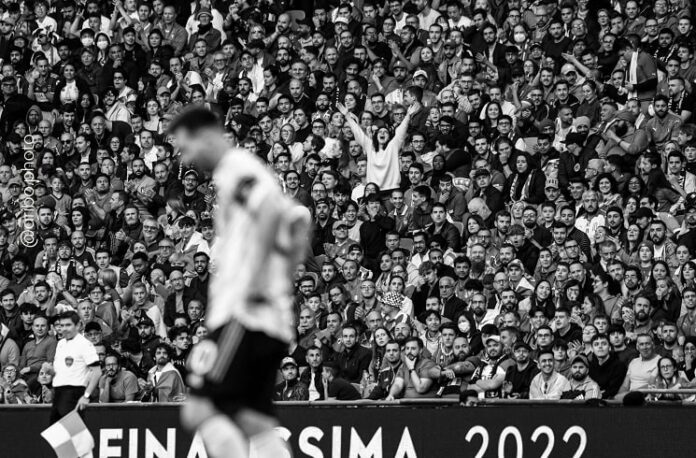 A Diego Maradona doppleganger was in attendance at the Finalissima as an image was taken with him behind Lionel Messi.

Diego Maradona passed away a year and a half ago but his presence could have been felt or somehow even seen. An image uploaded on Twitter has gotten many to talking.

Argentina would go on to win the Finalissima 3-0 against Italy and we cannot confirm or even deny that it was Diego Maradona in attendance!

People are quote retweeting this saying that someone who looks like the late Diego Maradona was in attendance at Wembley when Argentina won the Finalissima. https://t.co/NX4xPIONJj pic.twitter.com/x52iQzw0iS