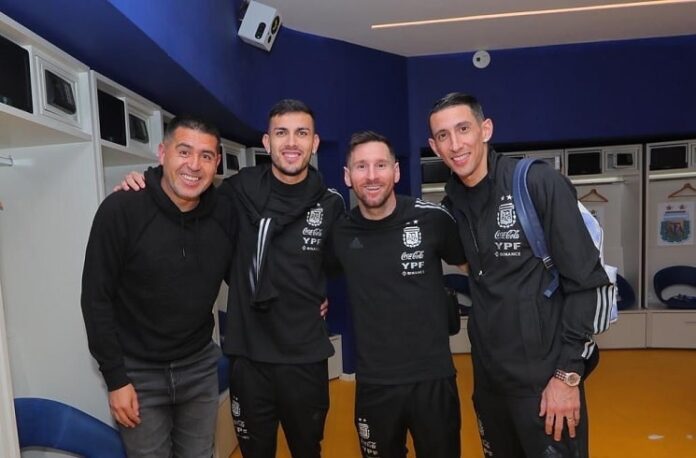 Juan Román Riquelme spoke about the Argentina national team and the coaching staff.

Román Riquelme played in one FIFA World Cup for Argentina in 2006 and was instrumental in that team. Now retired, Riquelme spoke to ESPN about the Argentina national team. Here is what he had to say:

“The team is there to compete against the best. You have to recognize that the team is doing well. I beleive Argentina have an advantage which I haven’t seen in a long time in the Argentina team. That is that they already play as a team, not as a national team and that is difficult to achieve with Argentina.

“They already know each other, they manage the matches and they have the best player in the world that is preparing for the World Cup and I am very excited that it will go very well for us.”

“There is Aimar, Samuel, Scaloni, the one’s from the youth World Cup from 1997 in Malaysia. Time passes by quickly, it’s the only thing that can’t be fixed. With Ayala, we had the opportunity to share the 2006 World Cup. They are all good people, I love them a lot, I always want them to do well in the senior team, in the youth teams that Mascherano and Placente are working on. It makes me very happy to see them work and how they are enjoying it.”