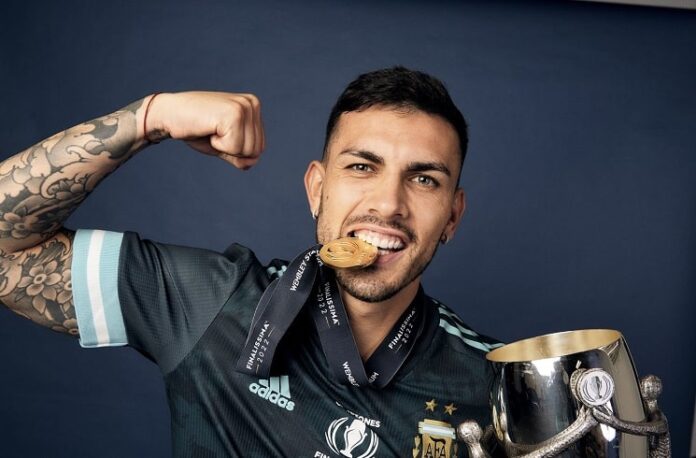 Paredes spoke on the Argentina national team and the players. Speaking in an interview with Filo News, here is what he had to say:

“There’s no explanation to describe what we feel when we wear the Argentina national team shirt. It’s a dream come true. I was lucky to be in every youth national team which were the U15, U17, U20 and you already feel what it is to wear this shirt. But wearing the senior shirt is something unique.

“Papu (Gómez) is the one that brings joy to this national team, the one that is in a good mood all day. Dibu is really crazy, nice crazy.

In regards to winning the Copa America:

“I believe it was more than dreamed. I believe that no dream is as perfect as the one we lived. We lived 45 spectacular days. We lived to see Leo (Messi) champion, which for us was a great prize to be champion with the national team. I think Leo suffered a lot losing finals and having helped him become champion, for us, is a prize.”

Regarding the World Cup:
“For me, there are some very good national teams. I believe France are a favorite. Brazil, England, Spain play very well. Germany, as always, fight to be there at the top. I like to play with the best. Surely it will be very difficult but to be champion of something so important like the World, surely you have to win against everyone.”

On what moment in his life made Leandro Paredes the player:

“I believe the click which I am living and the people I am with and surely having reached the national team the way I reached it and what we are living with the national team. I believe I am just now realizing what we are generating and what we are living. That they thank you for bringing joy to a country. I believe that it’s after the Copa America that I started to realize what we are winning. These days, as I just said, they thank you, they encourage you, they give you strength to continue facing everything in the best way.”