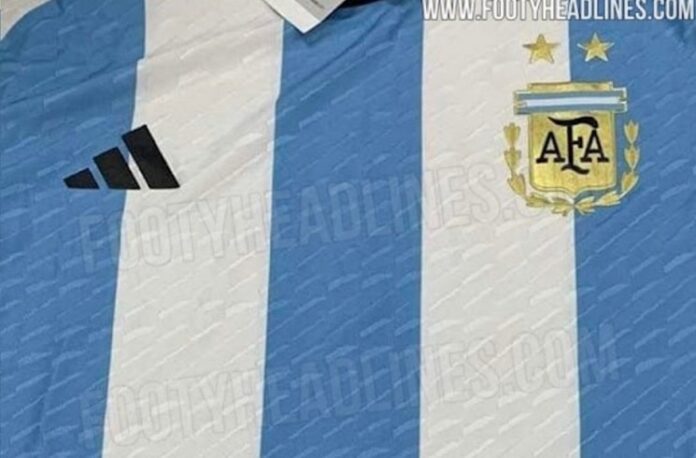 The Argentina national team home shirt for the 2022 World Cup has been leaked.

With the traditional vertical sky blue and white, Adidas will have their new logo on the shirt. Per Footy Headlines, the shirt will have a new ventilation knit pattern.