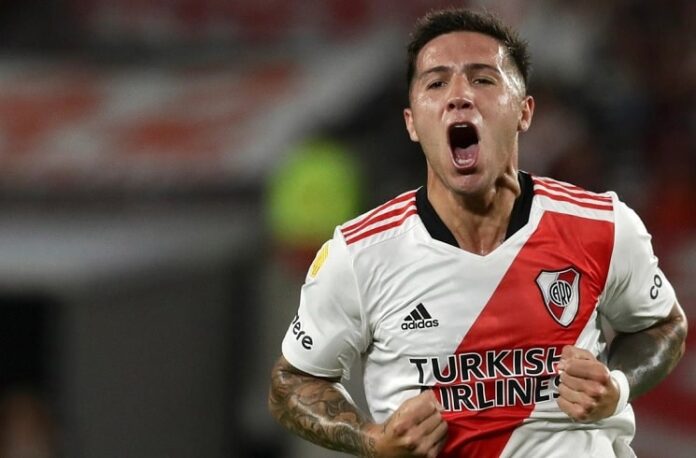 Enzo Fernández could be joining Benfica now with River Plate being eliminated from the Copa Libertadores.

Fernández has already agreed to join Benfica. The club announced it a few weeks ago but the news was that he would join at the end of the year.

With River Plate’s elimination from the Copa Libertadores on Wednesday, some reports out of Portugal are stating that the Argentine will join them now and not after. River Plate coach Marcelo Gallardo stated after the match that the situation with Fernandez was “not clear”.