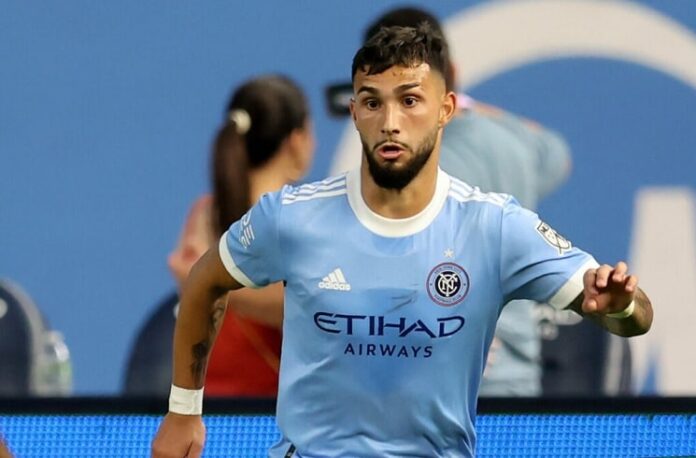 Although it is not official yet, rumors are that Valentín Castellanos will continue his career in Girona FC of Spain. Taty would have played his last game with New York City FC this Saturday, where he received a standing ovation from the fans.

In the 2-0 win vs. Inter Miami, the 23-year-old player was substituted off in the second half, when his teammates and the NYCFC fans applauded him in an emotional farewell. Castellanos was also chosen as the MVP of the match.

The Argentine, ex Vélez Sarsfield player Maxi Móralez scored the first goal of the game. Later on, Héber, who had entered the field in replacement of Castellanos, made it 2-0 and had a tribute to the Argentine in his goal celebration.

You know who it is 💙 pic.twitter.com/ecsjhiBxmX

The Argentine striker has become a legend in New York City FC and in the Major League Soccer. Currently being the scoring leader of this season’s league with 13 goals in 17 appearances, he was Marcelo Gallardo’s main target to become a River Plate player in February of this year. Taty was the MLS Golden Boot winner in 2021, the year in which he also won the MLS Cup with his team, scoring a goal in the final.