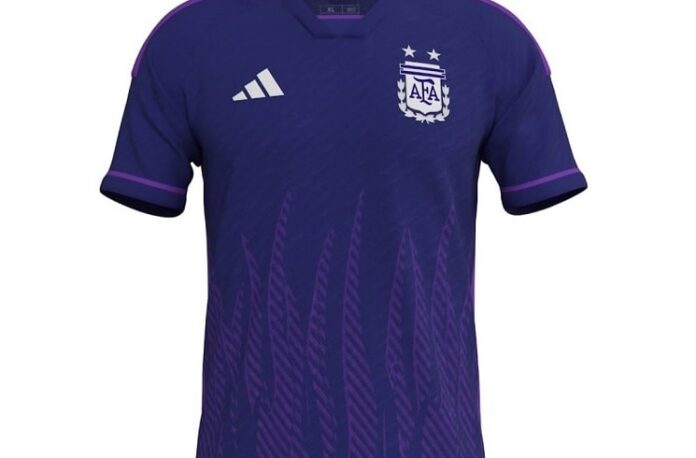 A picture and a render of the Argentina 2022 World Cup away kit has been leaked.

Adidas has already released the new Argentina home shirt for the 2022 World Cup and the a new render of the away one has been released. Per Footy Headlines, kit designer Marito Plottier has created a render of what the new shirt will look like for Qatar.

A picture of what the Argentina 2022 World Cup away shirt will look like was released on Monday by Martin Dardik which shows a woman wearing the shirt.

Not 100% accurate but a possible look at Argentina’s away shirt for the World Cup. 🇦🇷 This via Marito Plottier through @Footy_Headlines. pic.twitter.com/WbKse8hDcK