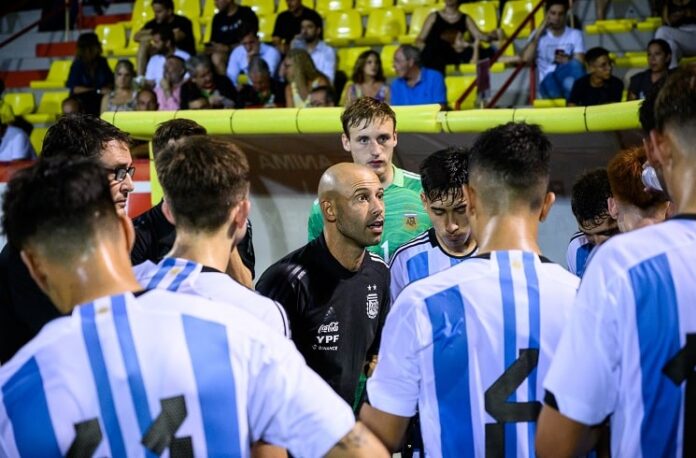 Javier Mascherano’s Argentina U20 team have won the COTIF tournament.

The Argentine became coach of the U20 national team in January and in his second tournament, has a winning team. Goals by Agustín Giay, Ignacio Maestro Puch, Brian Aguirre and Lautaro Ovando in the final gave Argentina the 4-0 win.

It was the following XI in the final:

With 12 minutes remaining and Argentina leading 2-0, Uruguay were awarded a penalty kick. The 18 year old Argentine goalkeeper of Tigres, Federico Gomes Gerth, made the save as he jumped to his bottom left and kept Argentina 2-0 up. Here were Argentina’s matches in the tournament:

The entire match can be watched on the AFA Youtube channel.