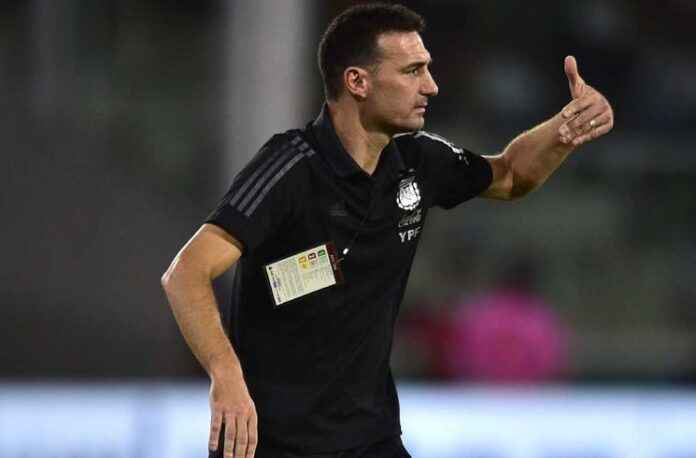 Lionel Scaloni has played in one World Cup as a player. At the 2006 World Cup, he was part of the starting XI which played against Mexico when Maxi Rodriguez scored his memorable goal.

Scaloni will now be coaching at the World Cup. He was part of the 2018 World Cup coaching staff and was named coach shortly after the tournament. Speaking in an interview with ESPN, Scaloni mentioned how Lionel Messi found out that he was going to be the coach. Here is what he had to say:

“After Russia, we called him with Pablo (Aimar) from Valencia to tell him that wer were temporarily going to take over. He was the captain of the national team with Masche (Javier Mascherano). It was time for him to hear it from us.

“He showed love for the national team. That reflects on his team mates. That desire he shows to win. It was all very natural.”

“The first is Saudi Arabia. The three are difficult but the first one has something different to it. It’s the debut.

“After that, Mexico, historically, we know that they grow at World Cups. They have a great coach (Gerardo Martino) and great players. Poland is the European opponent. Beyond that they qualified through playoffs, they have their players, Lewandowski, Zielinski, players of good level.

“I go match by match. It’s useless to say we are going to win (World Cup). It’s a lie, there are great national teams. Yes, we are going to compete. This team can compete with anyone.

“There are 10 teams that are going to fight for the World Cup.”

“We don’t rule out anything because it’s not good and we shouldn’t. We are quite clear that the list would include those who have been with us. We still have a reasonable amount of time.”

He also spoke about a goal that he celebrated as coach:

“Lautaro’s (Martínez) goal vs. Bolivia, I celebrated with them (players) because I believed that goal could mark something. I felt that goal was important, at altitude, we were suffering.”