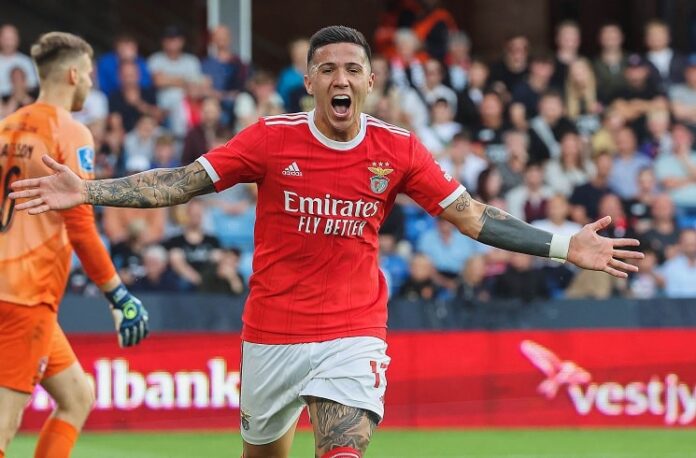 Enzo Fernández scored for Benfica in their 3-1 win vs. Midtjylland.

Fernández made it three goals in three games for Benfica. The Argentine scored in the first leg of the Champions League qualifiers against Midtjylland last week and scored again.

With the score at 0-0, it was a cross into the penalty area which found Fernández as he scored to give Benfica the 1-0 lead. With the win, Benfica will play Dynamo Kyiv in a Champions League playoff.

⚽️ Enzo Fernández scores for Benfica! Now 3 goals in 3 games for him! 🇦🇷pic.twitter.com/SLffHQZj6v