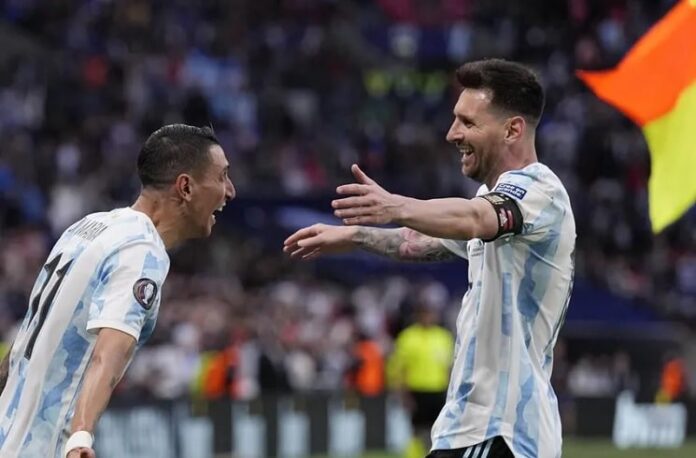 Batistuta spoke in an interview with La Nación regarding the Lionel Messi, the World Cup and the Argentina national team. In the second part of the interview, Batistuta speaks about the 2002 World Cup and how the team was playing well up until one year before. Here is what he had to say:

“And how do you go about controlling it? I tell you: Take me to the team, as it is, until the World Cup. How do you do that? They tell me that I failed at the 2002 World Cup and no, I didn’t fail a damn thing. There is no failure for me. I often argue over failure. What is failure? Failure is when you don’t try.

“Now if you ask me: “What more could you have done to win the 2002 World Cup? I answer nothing. I did what I was able to do at my availability. I had no more and I can speak for my peers as well. And it hurts, it’s going to hurt my whole life but from then on you tell me I failed, no.

“All of this to tell you that it’s not easy. Argentina 1978: If the one from Holland doesn’t hit the post, we don’t become world champions.”

In regards to Lionel Messi and the Argentina national team and which players he likes:

“All, I like them all because they have personality. Many times we said it to me; first we condemn ourselves for thinking we had Jesus Christ and it’s Messi, yes but not Jesus Christ. And after that we condemn him too.

“We caused pain for a long time. Now that changed, you see? Because he too feels more free with these guys/ Of course that if I have the ball and I can give it to Messi, I will give it.

“If I have two team mates and one is Messi and the other is Fulano, I would want to give it to Messi… But if I can. If there is a wall and he is behind it, I have to give it to someone else. Well, these kids understand that. And they all play well.

“If they can’t give it to Messi, they will give it after because Messi is not an idiopt.

“Do you know what it must be like to feel that others expect you to do everything? What if we all do it together? It feels different. Messi is not stupid, if you play at that level, you are not an idiot.

“Go and ask Messi if he prefers to play in Guardiola’s Barcelona, where he shared everything with great players or play alone and score all of the goals. That’s why in the national team, you must be happy seeing the personality of all the guys. I love them.”

“I like him,. Talking to Pep, he told me: “Bati, whoever plays well in Reconquista, plays well in Italy”. And he is right. But then there are other things that influence such as language, customs and all that.”

“Pep asked me what I thought and I told him “Here, he is killing it.” And he told me: “Son of a bitch, if you play well in Reconquista, you play well anywhere.”

He also commented on his younger son asking him if he ever scored a goal in his career:

“Yeah but that was my fault because I never showed him anything in my obsession with not bringing football home.”