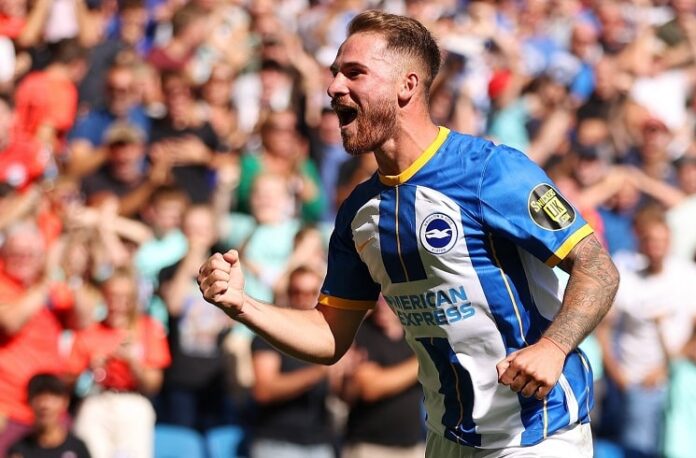 Alexis Mac Allister scored twice for Brighton in their 5-2 win vs. Leicester City.

Mac Allister, who started the match with two goals in the season, should have had a hat trick. Prior to scoring his first goal against Leicester City, he had a strike from well outside of the penalty area which was called off by VAR. The goal was incorrectly called off.

With Brighton leading 3-2, they were awarded a penalty and Mac Allister has been the club’s penalty taker. He scored one against West Ham and one against Fulham for his two goals.

Against Leicester City, it was Alexis who took it and scored his third penalty of the season to give Brighton the 4-2 lead.

The Argentine would score a second goal. A free kick for Brighton, Mac Allister would take it and score to bring his tally to four goals.