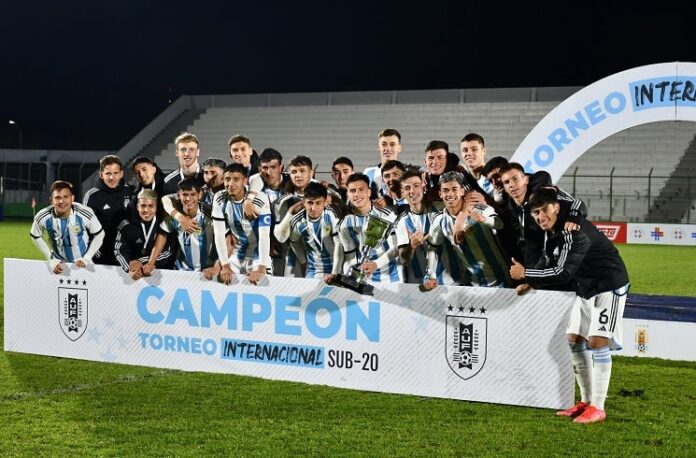 Javier Mascherano’s Argentina U20 team won 2-0 vs. Uruguay with goals from Román Vega and Lucas Besozzi.

Román Vega scored just two minutes into the game off a header to give Argentina the 1-0 lead. Vega recently joined Barça Atletic.

Lucas Besozzi scored the second goal of the game for Argentina. A great team goal as Besozzi was the first to get to a rebound to make it 2-0 for Mascherano’s team.

Mateo Sanabria was red carded for Argentina. This was the starting XI for the match:

Following the match, Argentina U20 coach Mascherano had this to say:

“It’s been very good for us to be able to come and compete here against great teams. We took the opportunity to see guys that we couldn’t see before.

“We knew Uruguay, a difficult opponent. It’s important to continue to compete, to have this contact and analyze the rivals that we will also face in the Sudamericano.”

The South American youth cup, known as the Sudamericano, will take place at the start of next year. Mascherano has now won two out of the three tournaments he has coached for Argentina.

In May and June, Mascherano’s Argentina finished fifth in the Toulon tournament in France. In August, he won the COTIF tournament in Spain.