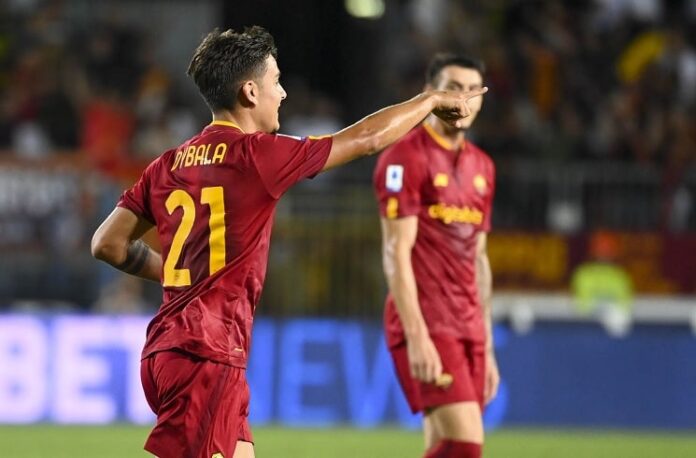 Paulo Dybala scored and had an assist for AS Roma in their 2-1 win vs. Empoli.

Dybala reached three goals in Serie A this season in AS Roma’s win on Monday. The Argentina received the ball from outside of the penalty area and struck it into the corner to give AS Roma the 1-0 lead.

Empoli would draw level but Dybala would have another trick up his sleeve. The 28 year old would send in a cross to Abraham who would score.

He is now on three goals and two assists, having scored all three goals in his last three games.