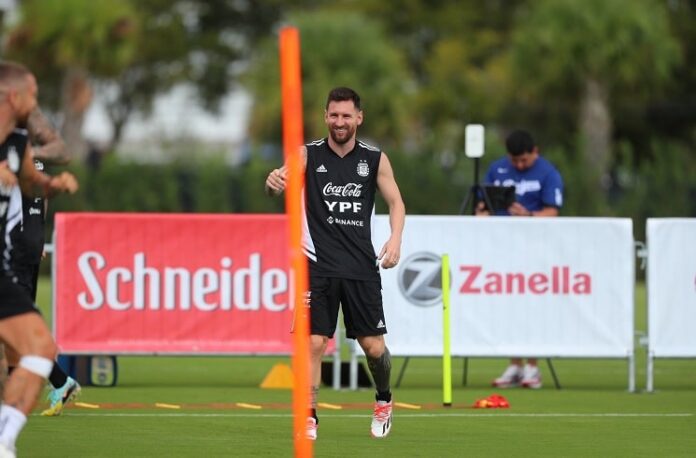 Lionel Messi and Lautaro Martínez are set to start for Argentina vs. Honduras.

Messi, Lautaro Martínez and Ángel Di María are rumored to be the attack for Argentina against Honduras on Friday. Lionel Scaloni isn’t expected to make many or any changes from the regular starting eleven.

Emiliano Dibu Martínez will start in goal with one of Marcos Acuña and Nicolás Tagliafico as the left back. Nicolás Otamendi will also start and with him is either Germán Pezzella or Cristian Cuti Romero.

Both Romero and Lisandro Martinez have visa problems and have yet to arrive to the United States. If they arrive early enough, Romero would start and if not, German Pezzella will start.

Nahuel Molina gets the start with one possible change in midfield. Gio Lo Celso has fitness issues but could be in the eleven while Enzo would start in his place if Lo Celso isn’t ready.