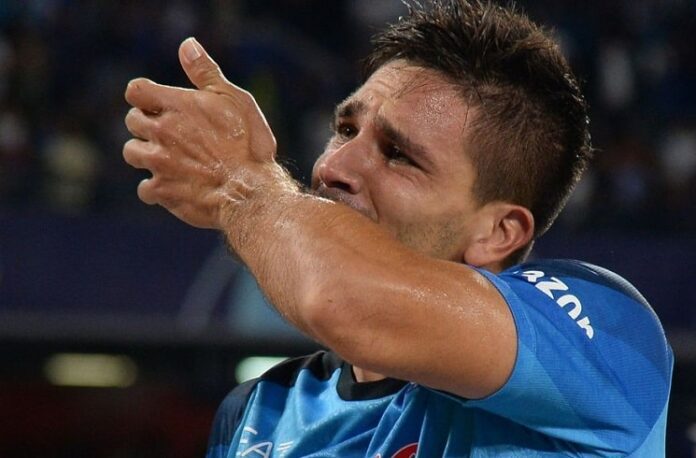 Gio Simeone scored for Napoli in their 6-1 win vs. Ajax.

Simeone was brought on as a susbtitute for Napoli and scored his second goal in the Champions League. A pass into Simeone in the penalty area and he would score to make it 6-1 for Napoli.

The 27 year old now has two goals in the Champions League, his first against Liverpool.

Gio Simeone with a goal for Napoli vs. Ajax! 🔥🇦🇷pic.twitter.com/ePOwMOyf6e