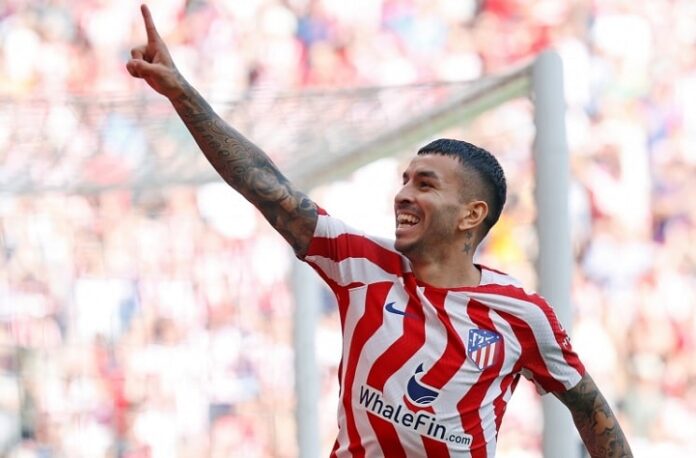 Ángel Correa has spoken about being with the Argentina national team, wanting to play at the 2022 World Cup and Lionel Messi.

Correa has been playing great for Atletico Madrid. The Argentine scored two goals in their last league game on Saturday and is part of the Argentina national team.

The 27 year old was part of the team which won the Copa America and the Finalissima. Speaking in an interview with TyC Sports, Correa had this to say:

“Cholo Simeone had a lot to do with this, I’ve been working with him for many years, everyone sees him as he is. He’s unbearable (laughs). He always wants to win, he sees football like this.”

In regards to the Argentina national team and the World Cup:

“As it gets closer, the nerves are felt more and more. I think the group is doing well, we have been working together for a long time and things are going well, so we have to continue this way.

“I feel part of the group, every time I’ve had to play, I think I have done well. It’s clear that lately, it has been easy because of the quality of players that the national team has and because of the dynamics that it has. All positives, that each player that enters, does well.

“Hopefully I am on the list. It’s the idea and it’s what I work towards. Representing the country would be the maximum. I have had the luck of always being there and to be able to accompany the group. Every time I am selected, I enjoy it to the maximum because wearing the national team shirt is the most beautiful thing.

“Our secret is that we are a team of brothers. The union make us play well. We don’t feel less than anyone.

“It was complicated. In June, I felt discomfort in the wire that they had put on me due to the surgery and I didn’t say anything because I wanted to be there vs. Italy. But the truth is that I should not have been there. It’s for that reason I had to leave the camp before the game against Estonia to be able to get operated on.

“Molina (Nahuel) and Rodri De Paul, we talk every day about the World Cup. We don’t think about anything else. Hopefully, my career doesn’t end without playing a World Cup.

“My big dream is to play a World Cup. The last time (2018), I was left on the preliminary list. That affected me a lot, being there is every boy’s dream.

“I see Messi very happy, enjoying it every time he goes to the national team. That is good for everyone and more for us, that he makes us enjoy every training and ever game.”