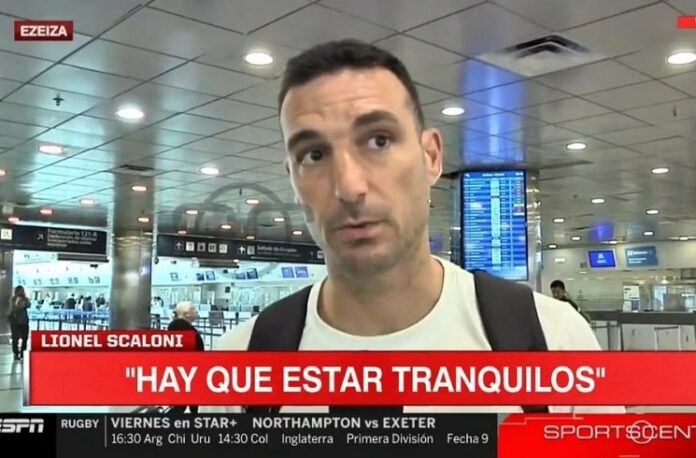 Lionel Scaloni was at the airport in Argentina and spoke to the media. Gio Lo Celso’s injury and doubt for the World Cup has been a big talking point in the last few days and Scaloni commented on the situation. Speaking with SC_ESPN, here is what he had to say:

“For now I am calm… These are things that can happen… We wait for the news and after to see what decision we will take.

“The previous coach had a similar situation at the last World Cup (Manuel Lanzini’s injury). What things happen, we will have to face. We still have time to give the list.

“The first thing I told him and everyone is that the player’s health comes first. We are not going to take any risk that isn’t a normal risk.

“We have no time to prepare anything. I don’t see the possibility that they give us the players before (November) 14. And on the 16 we play a friendly.”

Scaloni has also confirmed that the World Cup list will be announced on November 14 which is the deadline.