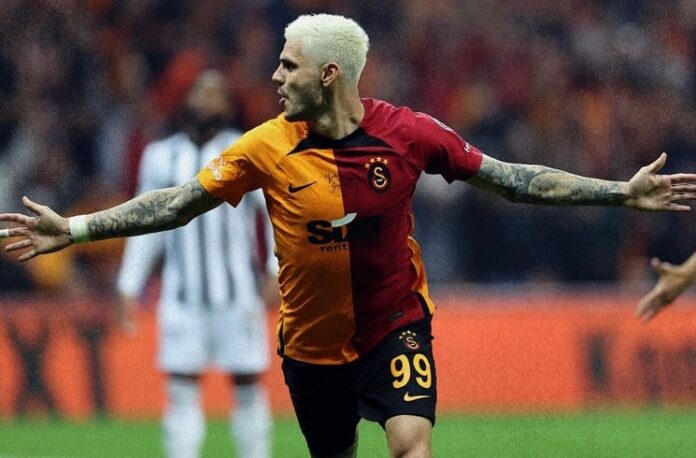 Mauro Icardi scored twice for Galatasaray in their 2-1 win vs. Besiktas.

Icardi scored twice for Galatasaray to give them the win as he has now reached three goals in five matches. The 29 year scored the first goal of the game as the ball fell to Icardi in the penalty area and an effort with his left foot as he scored.