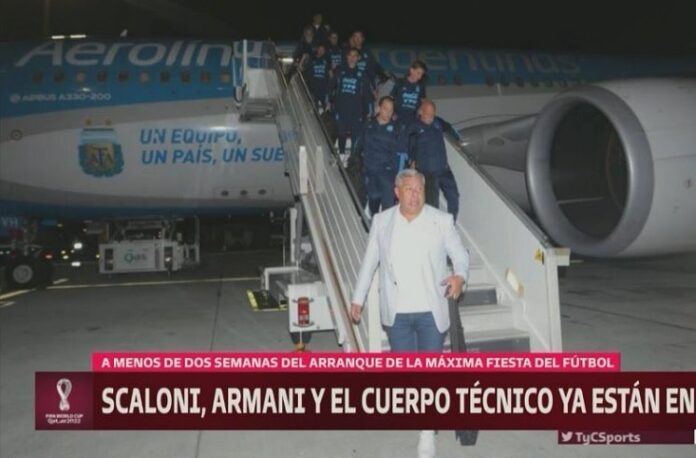 The Argentina national team coaching staff and Franco Armani have landed in Qatar for the 2022 World Cup.

Argentina national team coach Lionel Scaloni, the coaching staff and Franco Armani are in Qatar as the team begins to arrive. Argentina play the United Arab Emirates on November 16 in Abu Dhabi.

Most players will begin to arrive next weekend but Franco Armani being the only player from the local league to be called up to the World Cup, flew with the coaching staff. AFA president Chiqui Tapia is also with the team.