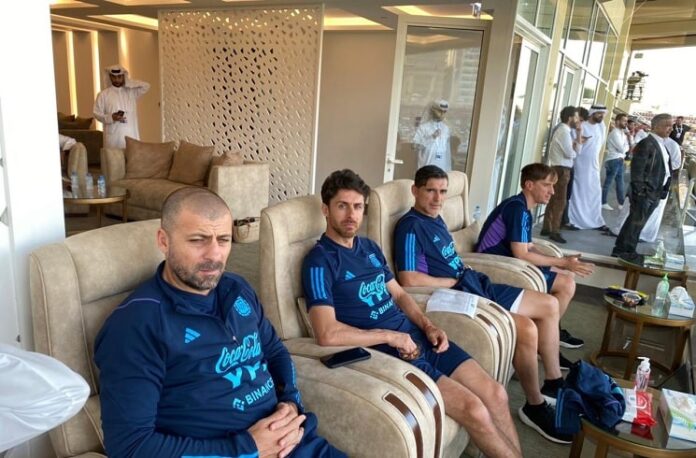 Argentina national team coach Lionel Scaloni had Walter Samuel, Pablo Aimar, Roberto Ayala and Matías Manna in attendance to scout their opening game opponents. At the time of writing, the score is 1-1 with the game being played at Sheikh Zayed Cricket Stadium in Abu Dhabi, United Arab Emirates.

It’s Argentina vs. Kingdom of Saudi Arabia on November 22 in their opening game at the World Cup.