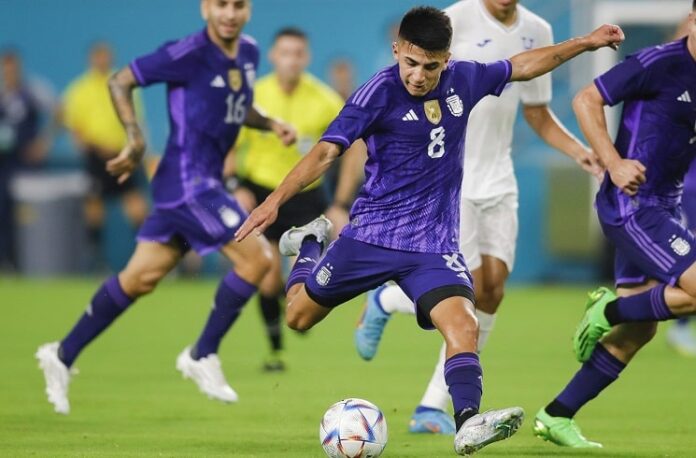 Juan Musso, Facundo Medina and Thiago Almada are set to be the Argentina reserves for the 2022 World Cup.

Argentina national team coach Lionel Scaloni has picked one goalkeeper, one defender and one attack minded player to be reserves for the team. According to Gastón Edul, should anything happen to the players, they will be the back-ups.

Musso of Atalanta would be the back-up to the goalkeepers. He was part of the 2021 team which won the Copa America.

Facundo Medina of RC Lens would be the reserves for the defenders. He last played for the Argentina national team in October of last year.

Thiago Almada of Atlanta United is also one of the reserves. He played for Argentina in the 3-0 win vs. Honduras in September.

As we reported, Paulo Dybala and Juan Foyth are set to be at the World Cup with Ángel Correa and Facundo Medina being the reserves.